You are here: Home1 / About Us

Aranbeem Orchids is one of Australia’s longest operating orchid nurseries, with an extensive record of quality and innovation.

The nursery grew from an overgrown backyard hobby collection of Roy and Betty Maidment in suburban Brisbane.  In the mid-seventies, growers would put their initials on the pots of orchids they exhibited in shows.  From their initials came the nursery name Aranbeem – Ar (R) an (and) be (B) em (M) which was registered in 1977.

Ross joined the business in 1981 after completing a degree in Agricultural Science at UQ, and the nursery was expanded to an acreage site at Deception Bay, 30kms north of Brisbane in 1983.  Ross’s experience is extensive.  Over the years he has been an accredited AOC judge, operated orchid laboratories, lectured at major conferences, worked in Biosecurity, and travelled extensively in the Australian and International orchid world.

Aranbeem has achieved many important milestones for orchid growers.  Some of Australia’s most awarded hybrids such as Rlc. Dream Trader were our early releases.  Current mini and compact Cattleya awards largely have their foundation in tetraploid varieties imported and introduced by Aranbeem.  And of course, the progeny of these and others, such as Rlc. Glenn Maidment, will continue to set new standards and awards in the future. 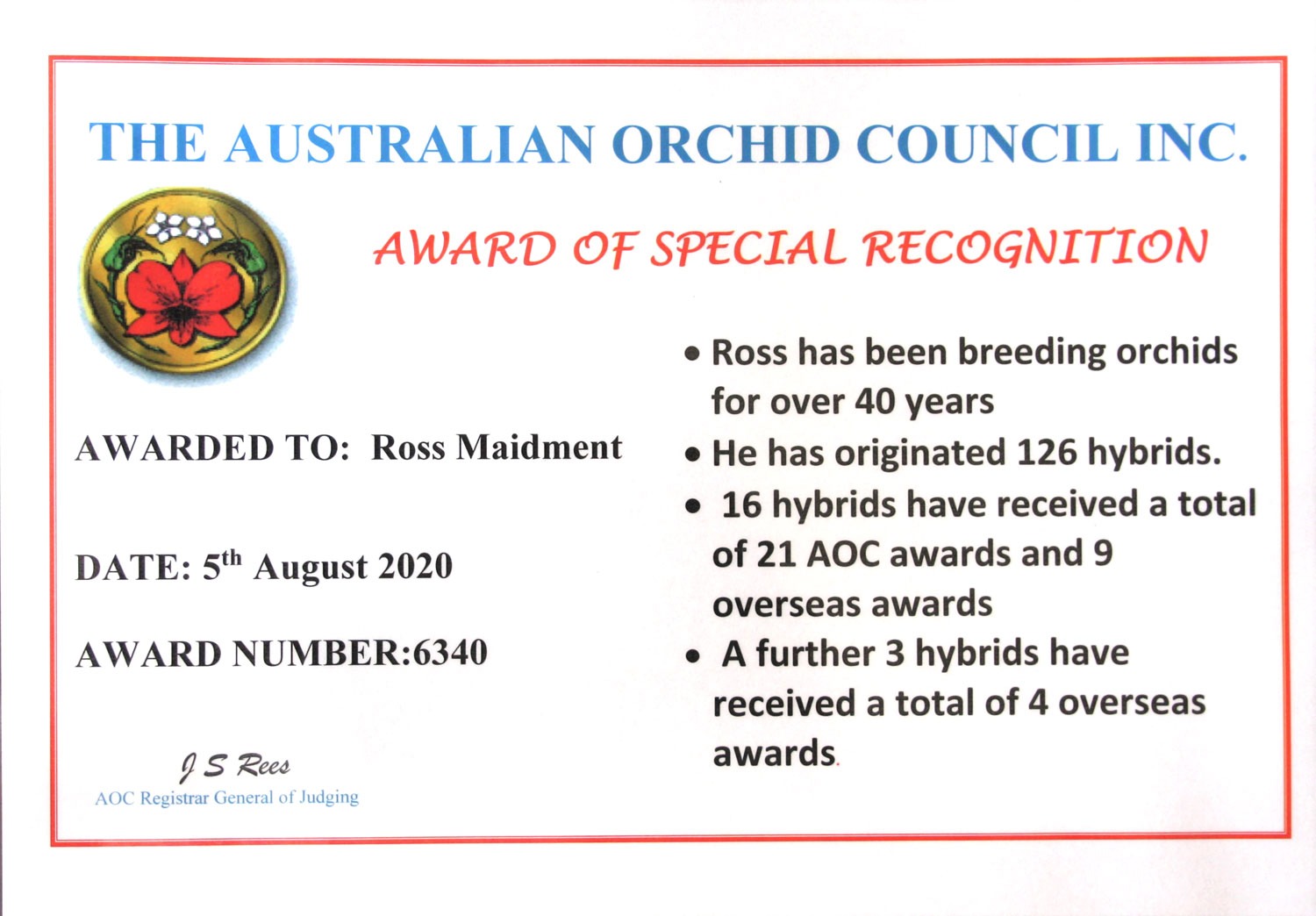 Working in close association with top local growers and hybridizers also enhances our successful results.  In addition, Aranbeem also imports quality new varieties from many leading overseas breeders and nurseries.  Best known for Cattleyas, we also have a continually improving and changing range of Dendrobium, Vandaceous, many other genera and species.  We supply plants from flask to flowering size throughout the year.

Today, Ross and Liz Maidment continue the nursery as a smaller, mail order specialist operation.  You are welcome to visit and the nursery is open by arranged appointment.  This allows for very flexible days and times to be mutually convenient.  Sometimes, we are away or have pressing engagements.

You are welcome to visit or contact us about our ever changing range of orchids or participate in our orchid culture groups.  Our advice to customers is given genuinely and freely, it is based upon depth of experience and long proven track record.