The first month of 2021 has certainly passed quickly. Some warm weather and frequent rain certainly made the weeds and grass grow faster than the orchids – all under control again now. We are slowly continuing to repack and set up the nursery sales area – a big labour intensive job, but coming together. More plants coming into flower and sheath for the coming months.

I have always loved the diversity of colours, shape, size etc in the Cattleya alliance.  Pictured again in this Newsletter are some more flowerings over the last couple of weeks. All flowers shown were born and bred in Australia by myself, David Littman or Sam Scalia. Their parents and grandparents came from Cattleyas imported to Australia by myself and other growers and nurseries.

This leads me to the topic of discussion for the month. Over the years I have been fortunate to have many “Orchid Mentors” whom freely departed information and guidance to my endeavors. Following are some stories of a number and how they contributed to my development.

John Evans operated Juanita Nursery in Sydney in the 1970’s and 80’s. He had close relationship and friendships with many leading Hawaiian Orchid nurseries and growers including Ben Kodama, Robert and Susan Perreira etc. He imported flasks, community pots and plants which were sold to Aranbeem Orchids and many other developing orchids nurseries here. These Hawaiian nurseries and breeders were setting new standards. We regularly talked for many hours over a long period of time where discussion was on their current breeding developments and his recommendations. If you look at virtually all the Tolumnias awarded past and present in Australia you can trace their parentage to parents John Evans introduced into Australia from Breeders such as Perreira’s and Mizuta’s. Likewise, this could be said of Cattleytonia breeding. What an incredible legacy this was for Australia growers and breeders – past, present and future.

I did also have another non orchid associated benefit from John Evans. He also managed the plant hire on the P & O cruise ship Oriana which was based in Sydney and was good friends with the Commodore Engineer based on the Oriana. Two young female friends had discussed about going on a cruise holiday and I had also expressed interest in the idea. Anyway, one day I got an unexpected call – “Ross we have booked you on P & O Oriana New Years Eve cruise at the end of the year”. The idea was that I would be there to “look after their virtue”?! John Evans never told me in advance, but when we boarded, I had been upgraded from E deck to C deck. Also invited to the Commodore engineer’s cocktail party, upgraded to dinning at the table of Tracy (Oriana’s Entertainment Officer) at the Drake Restaurant. Any idea that I was keeping an eye on the virtue of my friends, somehow, seemed to get lost at sea!

In the 1980’s and 90’s David Littman was renown and proved the most successful grower, exhibitor and breeder of Cattleyas. He had long friendship and association with Australian Cattleya nursery and breeders Bill and Jean Cannons of Wayside Orchid Nursery. Also, imported many plants from Hawaiian Orchid Nurseries and Richard Takafuji (Orchid Center). David Littman was a perfectionist and had to achieve to the highest level in any endeavor he participated whether it was orchids, sport, pigeon racing or fishing. I can remember him showing me fishing records he had that were still unbeaten after many many years!

David was passionate about keeping his collection virus free and every orchid introduced was virus tested. In those days’ plants could be tested by electron microscope with the assistance of Dr Don Gowanlock at University of Queensland for the sum of $10. Dr Gowanlock also undertook a virus survey sponsored by the Australian Orchid Council where many samples were taken and tested for free. David and I were his most regular and prolific virus testers of our collections. This was probably the most important lesson David imparted to me and virus management and containment practices were followed.

David’s breeding success included Cattleyas and Phalaenanthe Dendrobiums. Registered hybrids with the “Dal” tag were the foundation of many other Australian growers, breeders and nurseries. This legacy is well proven in the past and will continue current and the future.

Sam Scalia (Top grower and breeder for over 60 years) – Make haste slowly and think before you act.

Sam Scalia has been a top-quality grower and breeder over so many decades and continues today in North Queensland. Sam did not pursue award or show recognition and concentrated on his own agenda with improving his collection and breeding. Cattleyas with the “Burdekin” tag have achieved so many show and award success for so many growers, breeders and nurseries.

Just one of the many good examples to look at would be Rlc. Burdekin Bells registered by Sam in 1985. It is the only variety that Sam ever put up for award judging and the variety “Mary” was awarded an Award of Merit. If you look at the progeny from just this one hybrid you will see a listing of “Who’s Who” of show and award successes past, present and future including Rlc. Chincogan, Rlc. Burdekin Dream, Rlc. Aranbeem, just to name a few.

Sam grew up and made these developments with no interest or participation in the emerging internet information technology. Before breeding he would study and flower a plant a number of times to get a good feeling of its behaviour and consistency. So many times he would ask me to look at the ancestry tree of a variety for him and invariably he would respond “I thought that was in its background”. What an incredible legacy this has left current and future Cattleya growers, breeders and nurseries.

I had heard of Sam and desperately wanted to meet him and see his collection. When I was in my early twenties my brother and I went on a camping fishing trip to Daintree River in North Queensland (in those days you could camp and fish anywhere you liked). I had arranged with Sam to visit around lunchtime on our return journey. On arrival, Sam was still out at the farm and his wife Mary called anxiously to check with him. On her doorstep were two unshaven young guys who looked and smelt like bush pigs in an electric blue HQ panel van with 10 inch mags on the back and 8 inch mags on the front. Fortunately, we were not judged on first impressions and a long-standing relationship developed!

Today it seems to me that the “mentors” of emerging orchid growers and breeders are – Orchid data bases, Dr Google, You Tube and Facebook forums. “Mentors” are followed based on Key performance indicators like their number of “followers” or “likes”. I too, also sometimes use such sources of information, but my most valuable information and lessons continue to be learned the “old way” 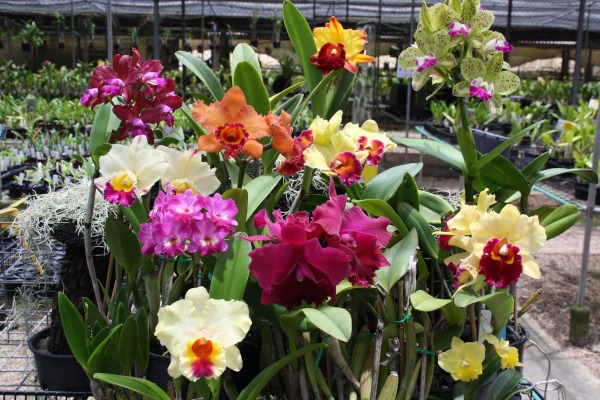 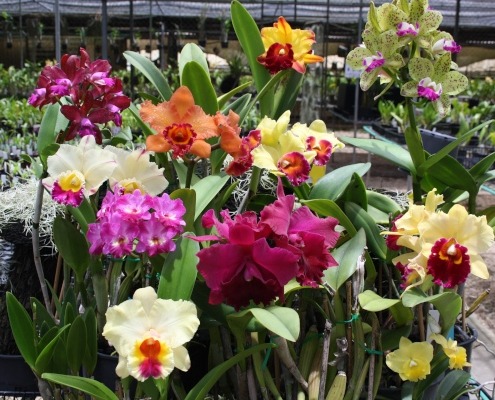 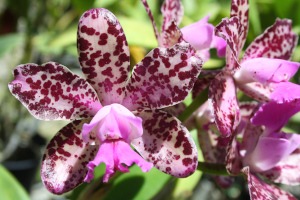 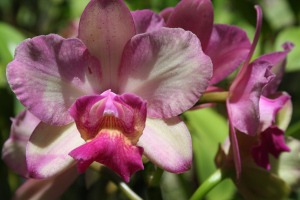 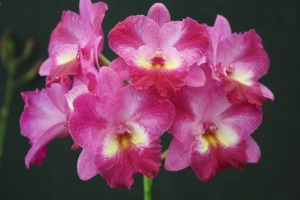 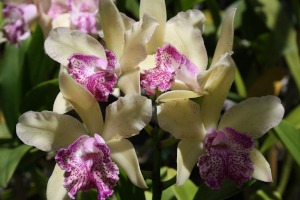 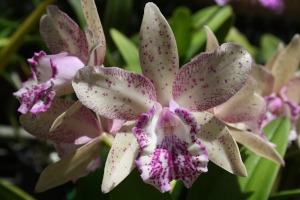 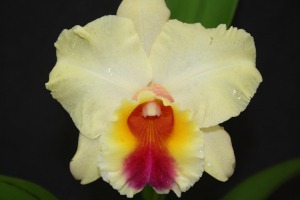 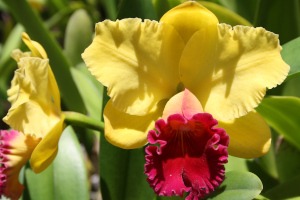 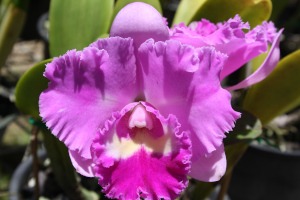 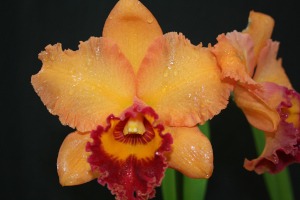 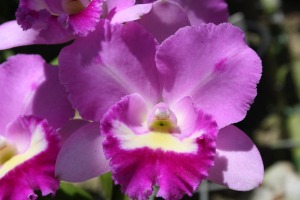 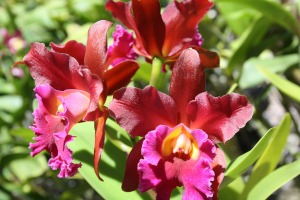 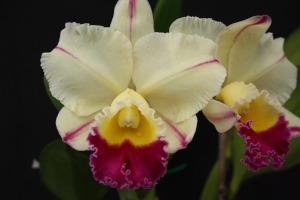 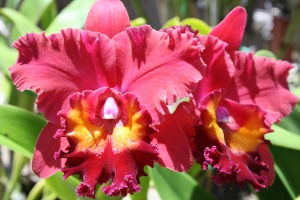 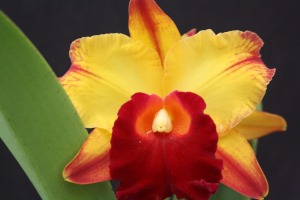 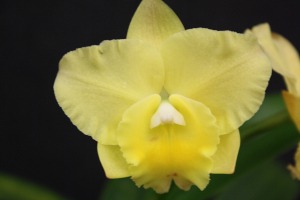