There are now 4 different naming systems operating concurrently in the “Orchid World”. The following information might give you some understanding of how to navigate your way through orchid names.

In the beginning there were only orchid species and as they were discovered were given names by taxonomists. Orchid hybrids between these species sometimes did occur in nature. Humans have to interfere in nature and in 1853 John Dominy cross pollinated different orchid species with a view of making new hybrid orchids. In August 1859 the first man made Cattleya hybrids were exhibited at a Horticultural Society meeting.

In the United Kingdom FW Burbidge published the first known list of orchid hybrids in 1871 and further new hybrids were published in “Gardeners Chronicle”. Listings of new hybrids continued from Robert Rolfe in “The Orchid Review” in 1891. In the early 1900’s Sander’s had been publishing orchid guides and in 1906 published their first list of orchid hybrids. “Sander’s List of Orchid Hybrids” continued until more recent times. At the 3rd World Orchid Conference in London in 1961 it was agreed for the Royal Horticultural Society to undertake responsibility for orchid hybrid name registration. In the 1990’s work was initiated to computerize past and future orchid hybrid name registration. This continues today and for UK 10 pound you can name an orchid hybrid in The International Orchid Register with the Royal Horticultural Society.

Orchidaceae is one of the largest and diverse family of flowering plants and commonly called the orchid family. In the past, classification of various orchids was primarily based on morphology (similarities of flower structure, plant parts and growth etc.). In more recent years classification included molecular phylogenetic information (DNA) as it was becoming increasingly available and undertaken. As a result, the taxonomic names can be in constant change as new studies redefine relationships between different species and groups of orchids. The end result is an orchid with two names – the first being a genera name and the second a specific name eg. Ascocentrum miniatum. This species orchid based on further studies was reclassified as Vanda miniata. So Vanda miniata now becomes the correct taxonomic name for this orchid species used in scientific taxonomic circles.

Horticultural names are names that orchid growers use in common accepted orchid hobby growing circles based on past names and observed practice. Less than one in a million orchids sold are to people interested in the “correct” taxonomic name. As a result, the name Asctm. miniatum will persist in general usage in horticultural forums for decades to come. It would be common for these orchid growers to say “I do not want one of those taller growing Vanda’s I want one of those very compact growing Ascocentrum’s”. The orchid is the same, despite the 2 different names and it is perfectly acceptable to use the horticultural name. In fact you can register a orchid hybrid with either name. It would be officially recorded as Genus Vanda, Epithet miniata, Synonym Genus Name Ascocentrum, Synonyn Epithet Name miniatum.

Many years ago at one of the international orchid show in Taiwan I met up with some very large orchid pot plants dealers from Holland. One of these told me his story of marketing a particular orchid. The hybrid was Epidendrum Green Hornet (Epi. cochleatum x Epi. trulla) registered by H&R Nurseries in 1995. First release sales of this orchid were very poor. The name “hornet” to me brings images of something that can sting you! The following year plants in flower were renamed as “Octopussy” with a pictorial label showing the labellum of the flower as a happy octopus face. All sold out and in subsequent years was producing 120,000 of these for market each year. The James Bond movie “Octopussy” probably also enhanced appeal!

Increasingly today people obtain information and “facts” from social media on the various forums. Many orchid growers obtain their orchids from “prolific posters” or “influencers” in such forums. Unfortunately there are many wrongly named orchids shown and increasingly sold. This has resulted in a “that was the name on the tag, so that is the name I use” naming system (whether it is correct or not). Observation is that it is not particularly common to accept a correction as it may offend the “social influencer”. As result these names become accepted as correct useage.

Next Orchid Growers Group will be Saturday 1st February.  The main topic of the day will be about how to go about selecting additions to your orchid collection. We will be discussing reliability, quality and evaluating information, amongst other topics.

Our thoughts and prayers are with those affected by fire and weather conditions across Australia. 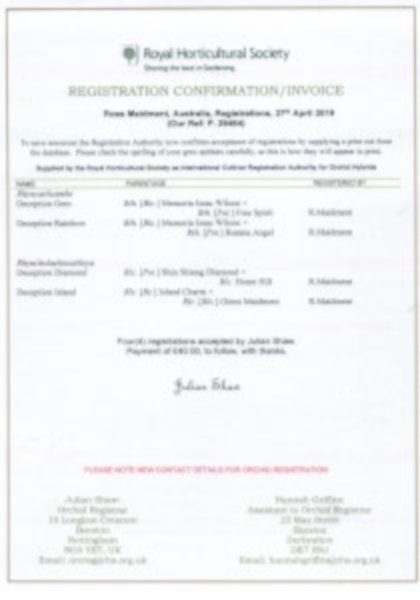 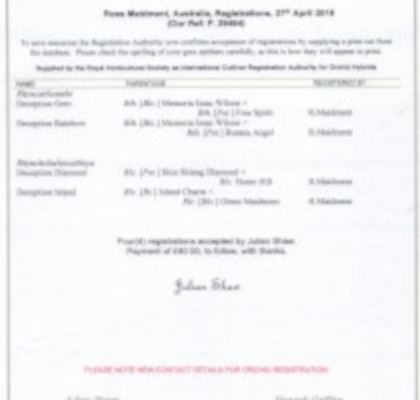 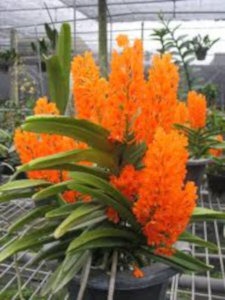 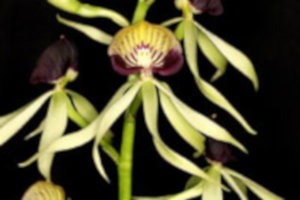 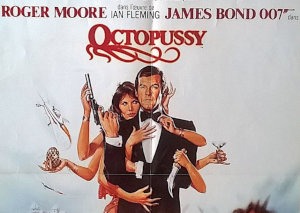