We hope you are all safe, well and warm. All of us have to make the best of Covid restrictions and disruptions. We can see an end coming to Winter and hopefully will see the same with Covid. We did our bit by Socially isolating and going camping and fishing for a week!

There are many documented uses for orchids, other than looking at the flowers. Following are some of these alternate uses past and present.

Decoration, Ceremonial and Other

Orchid flowers have been used over the centuries for decorations in many ceremonies. Commonly seen were the orchid corsages (a must have at Proms and Presentations). Often with Cattleya flowers. Bridal Bouquets have frequently featured orchid blooms, particularly Phalaenopsis. Many Polynesian and Asian cultures make Leis of Dendrobium and Vanda flowers for a wide range of ceremonies.

Orchid flowers have also been used extensively for decorating drinks, cakes, dishes and floral arrangements. So much so, that orchid industries developed in Thailand where individual Dendrobium flowers were sold in bags by the kilogram.

Other parts of orchids have also been used. The dried, beaten fibers in the pseudobulbs of Den. discolor turn a bright yellow. These fibers were used as binding for head coverings and implements used in Australian and PNG indigenous culture.

In various parts of the world a glue substitute is made from the pseudobulbs of orchids. Commercially marketed perfumes have been produced from the flowers of a number of Vanda species. Vanilla pompona is used to flavour tobacco in Cuba.

And one that I like most – Cattleya plants were used as outside packing material for protection of the precious cargo of Bromeliads and Cacti collected in South America by early explorers for transport back to Europe!

There are countless documented medicinal uses of orchids around the world. The Chinese were the first to describe and document orchids for medicinal use. Bletilla striata is used in Chinese medicine to stop excessive bleeding. In Japanese culture, there is a legend that an Emperor’s wife unsuccessful in conceiving inhaled the perfume of Cym. ensifolium and went on to have 13 children. (warning – look at, but do not smell the flowers at Orchid Shows!)

In European history, William Turner published in English Herbal (1568) a number of medicinal orchid uses including – aphrodisiac, antiseptic and gastro problems from excessive alcohol consumption. In Chile, Spiranthes diuretica is considered a strong diuretic. The Aztecs had several medicinal uses of Vanilla. In the West Indies, the bulbs of Bletia purpurea are boiled and thought to cure food poisoning from fish. In Malaysia, a tonic made from the boiled leaves of Nervilia aragoana is taken to prevent sickness after childbirth. In Africa, various medicines from orchid species are used for stomach and fertility problems. Leaves and pseudobulbs of Bulb. maximum are used to protect against sorcery.

There are also many reported medicinal uses in Australian Indigenous culture. Cym. canaliculatum as a cure for dysentery, Cym. madidum as an oral contraceptive, Den. teretifolium as a rub to relieve pain, and many more.

Orchids as a group are rich in the chemical group, alkaloids, which are often used medicinally. Now with current product labelling laws simply requiring remedies or supplements to be marked as “May assist with …….”, and as no orchid is known to be poisonous, I can see a resurging use for orchids in medicine!

Salep is a flour made from the tubers of several Orchis species. The tubers are boiled and powdered. The resulting powder is often used as a flour substitute. It takes approximately 2500 tubers to make 1kg of dried tuber flour. When mixed with cream and sugar makes an ice cream called Dondurma consumed in Turkey and Greece.

Many orchid flowers can be crystalized and used as an edible decoration for cakes and desserts. In Malaysia, leaves of a species of Anoetochilus are sold as a vegetable and leaves of Den. salaccense cooked as a seasoning with rice. In some parts of Asia, tubers of some species of Gastrodia are eaten like potatoes. In South Africa, some orchid tubers are used to flavour meat sauces.

In Singapore, orchid flowers are used as part of a dish stir fried with vegetables and meat. In Thailand, Dendrobium flowers are battered and deep fried to make a dish call Orchid Tempura.

Orchid Societies could boost revenues at shows by operating “Orchid Medicine Clinics” selling many of these documented orchid medicines. Also, an “Orchid Café” with orchid culinary delights may prove popular and profitable! 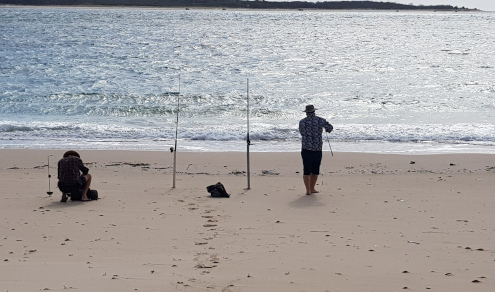