We hope you are all safe and well. We are currently in the middle of yet another major rain event. It is frustrating, delaying the repack and reorganization of the nursery. Despite the hold ups we were pleased to receive so many complements and positive comments from nursery visitors last weekend.

Not being able to work in the nursery, we turned to other tasks that have been long deferred. Over the decades I have accumulated so much “stuff” about orchids and orchid growing. You name it – books, magazines, society bulletins, catalogues (Australian and overseas), correspondences, memorabilia and the list could go on. Somehow, I found space to store it. When you get to the point of having 5 filing cabinets, many bookshelves and a B Double load of storage boxes, then something has to give! We have been starting clearing out this accumulation and managed to get one load relocated to the Dakabin Waste Facility before the rains really set in.

It is a bit of a slow process, as you look at items, sometimes remembering them and sometimes wondering where the hell you got them from, let alone why you kept them! One such treasure was a set of the lecture papers delivered at the first Australian Orchid Conference –“Under auspices Australian Orchid Council conducted by Queensland Orchid Society, Brisbane Queensland, April 10-15th 1967”. Some of these presentations included – Judging (R. Martin Registrar VOC), Conservation of Native Orchids (W.H. Murdoch – Past President ANOS), The Orchids of New Guinea (Ronald Kerr – Editor Aust. Orchid Review), Hybridising from New Guinea and North QLD Native Orchids (Mrs Eunice Kirkwood). The Development of the Modern Cypripedium (Syd Monkhouse – President OCSA) and many more.

All this made me realize the so many changes and developments with Orchid growing over the years. It also showed that despite this so many things have remained unchanged. I came to the conclusion that how could one person accumulate so much information about orchid growing and end up knowing so little! The rain is still pouring down, so I decided to share some information about orchids and orchid growing with you. I hope this helps so that you do not end up in the same boat as me!

How old are Orchids?

What is the largest Orchid flower?

The largest orchid flower reported is of Paph. sanderianum. Its petals are reported to grow to 90cm long. It was discovered in the Malay Archipelago in 1886.

What is the largest Orchid plant?

It has to be Gramatophyllum speciosum (with common names of the giant orchid and sugar cane orchid). It is listed in the Guinness Book of Records as having been recorded up to 7.62m in height. It has been observed growing in huge clusters weighing from several hundred kg to more than a ton.

What is the rarest Orchid?

The rarest orchid is Zeuxine rolfiana with only about 18 plants known to exist. It is native to the South Andaman Island, India. It was rediscovered in 2010 after 121 years. The population is believed to be infertile.

What is the World’s most expensive Orchid?

What is the World’s smallest Orchid?

Platystele jungermanniodes is the world’s smallest orchid. It has flowers that are 2mm in width and its petals are only one cell thick so transparent. It grows in low cloud forests of Mexico, Guatemala, Costa Rico and Panama.

What is the most common Orchid produced?

What was the first commercially marketed Orchid pot plant?

The first orchid to be produced and marketed as a mass flowering potted plant was Vuylstekeara Cambria ‘Plush’. Klass Schoone in the Netherlands commercially tissue cultured this variety. By 1985 in excess of 100,000 plants were being sold in mass markets every year.

Where are the most Orchid species in the World?

Columbia has the largest number of orchid species with more than 4000 different species. More importantly there are 1543 of the species only found endemic to Columbia.

Who is the largest exporter of Orchids?

Thailand is the largest exporter of orchids. It exports to more than 60 countries worldwide. The most produced genera of orchids are Dendrobium, Aranda, Archnis, Oncidium and Vanda. It is followed by the Netherlands and then Taiwan.

What is the oldest Orchid fossil?

When did Orchids become known as a separate group of plants?

The first recorded mention of a group of plants as “Orchids” is in ‘Inquiring into Plants’ around 300BC by Theophrastus, a student of Aristotle. Dioscorides, a Greek medical botanist and physician first identified them clearly as “Orchids” in the 1st Century.

How did Orchids get their Name?

The name comes from the ancient Greek word – orchis, meaning testicle, because of the shape of the tubers. Carl Linnaeus classified the family Orchidaceae. The term Orchid was introduced by John Lindley in 1845.

There is a Greek myth that explains the origin of Orchids – Orchis, the son of a nymph and a Satyr came upon a festival of Dionysus (Bacchus) in the forest. He drank too much, and attempted to rape a priestess of Dionysus. For his insult, he was torn apart by the Bacchanalions. His father prayed for him to be restored, but the Gods instead changed him into a flower.

What is the genera of Orchids with the most species?

What is the meaning of Orchids?

Orchids are considered a symbol of love, rare beauty, strength and wealth. They were a symbol of virility in ancient Greece. They believed that the gender of an unborn child could be determined by eating various orchid tubers.

What is the most northern growing Orchid species?

Platanthera hyperborea is a small orchid species found only in Greenland, Iceland and Akimiski Island in Canada.

What is the Worlds most southern growing Orchid species?

Corybas sulcatus is one of the two endemic orchid species which occur on Macquarie Island.

What are the highest altitude growing Orchids?

Do Orchids grow on every Continent?

Orchid species are found growing on every continent except Antarctica.

When and what was the first man made Orchid hybrid?

What is the longest Orchid genera name?

With the revised classification and genera naming the longest that I can find is Brassosophrolaelio cattleya. Containing 26 letters and abbreviated as Bslc.

What is the heaviest Orchid Flower?

Coranthes macrantha flowers have been recorded as weighing in excess of 100g. It is native to Trinidad and South America. It is commonly called the bucket orchid.

How many countries have an Orchid as their National flower?

How many Orchid species are there?

Is Orchid seed the smallest of all plants?

Orchid seeds are specially and uniquely developed and have the smallest size of any plant family. Orchid seed pods can contain from 1500 – 3 million seeds. Cycnoches cholorochilon is the most prolific with over 3 million seeds per capsule. Aerides odorata seed is 0.2mm in length and just 1g of seed equates to 3.4 million individual seeds. Anoectochilus imitans is the smallest orchid seed at 0.05mm in length. Epidendrum secundum is the longest orchid seed at 6mm in length.

What are the most number of blooms an Orchid can have?

What is the most awarded Orchid hybrid?

By far the most awarded hybrid with 375 awards plus to date is Paph. Saint Swithin. It is a hybrid between philippinense and rothchildianum registered on 01/11/1901. Its award history spans over a century and still continues.

What is the most awarded species Orchid?

Whilst C. walkeriana has some 522 awards, many of these have now been brought into contention as hybrids. Let’s give the gong to the second runner – C. purpurata, with some 470 awards.

What is the most expensive wedding bouquet involving Orchids?

The bouquet consisted of white Phalaenopsis, white Dendrobiums, white lilies, moon flowers and the root of a 100 year old ficus. It cost $125,000. OK, the cost was padded out by also containing – 90 two carat red ruby facets, 9 one carat diamonds and a 21.6 carat star ruby. It was on display at the Ruby Plaza in Vietnam.

Are any Orchids classified as weeds in Australia?

Disa brachteata (commonly called South African weed orchid) is a species of orchid native to South Africa. It is one of the few orchid species which has become naturalized in Australia. First recorded in WA in 1944, SA in 1988, Vic in 1994 and a single recording in TAS in 2009. It is classified as an invasive weed (Vic – medium invasive WRA). In sites where Disa brachteata has invaded there have been reported to be up to 80 individual plants found per square meter of the area. 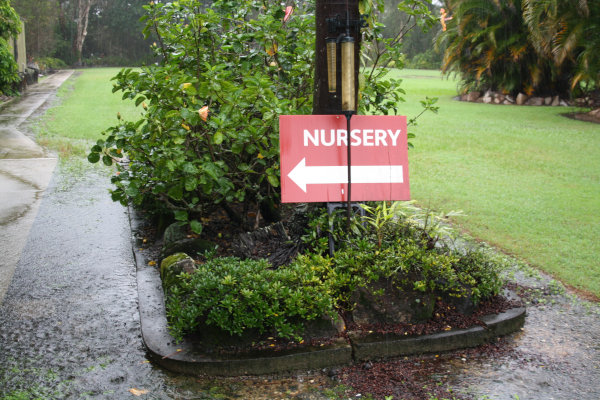 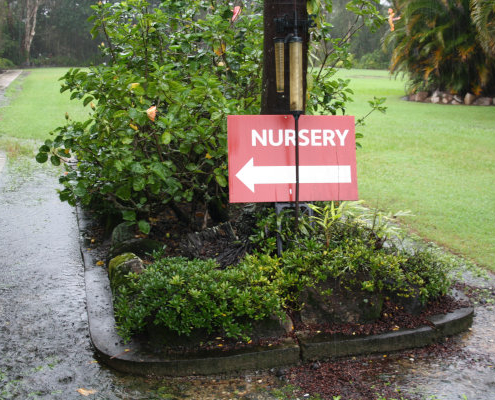