We hope you are enjoying a good growing season. Plenty more rain here has really set the grass and weeds into overdrive.

Christmas and New Year is rapidly approaching. Following is information about order dispatch deadlines that are necessary throughout this period.

Also is information about ploidy (diploid, triploid, tetraploid) in orchids that we hope may be of interest and benefit.

Orders For Despatch In this period must be received (with Full Payment) by 10am Friday 10th December 2021. Orders received after this time will be despatched commencing Friday 7th January 2022.

This is under advice by Australia Post Lodgement Guidelines and commitment as notified. We can not be held responsible for dispatch delays throughout this period as they are totally beyond our control.

Collect Orders During this period are normal. Simply contact to arrange a day and time that suits for collection.

Ploidy In Orchids – What is a Diploid, Triploid and Tetraploid?

I will make my attempt to explain ploidy and the terms – diploid, triploid and tetraploid, in orchids as simply to understand as possible. For the purist this is very over simplified and not using the scientific terms and explanation of the sexual reproduction process involved.

Orchids, like us, contain genes which are on sets of chromosomes. Chromosomes form in set numbers for the orchid which is called a genome. This genome is the orchids complete set of genetic instructions which guides and allows the orchid to grow and develop into what we see. Due to various factors a particular orchid may develop differing numbers of genomes which is called ploidy. Ploidy is the number of sets of chromosomes in the cells (building blocks) of the orchid.

This diploid (2n) cell is the standard set of chromosomes that is present and make up the vast majority of naturally occurring orchid species.

How cells reproduce to make more

Obviously, it takes many thousands of cells to make an orchid plant. This happens by the cells reproducing to make more. Within the cell the chromosomes go through a process of replicating themselves and the new two sets move apart. A new cell wall then forms between them. You now have two cells with identical chromosome sets.

This process continues until all the building blocks of the orchid are in place with identical chromosome sets.

Triploids (3n) usually result when pollinating between diploid (2n) and tetraploid (4n) parents. The result is cells that have 3 sets of chromosomes (2 from the tetraploid parent and one from the diploid parent).

These higher chromosome number sets occur occasionally by the same manner or pollination between parents of higher and different ploidy.

Sometimes other s*** happens. Nature likes its chromosomes in even pairs and numbers. Aneuploids are when a cell contains one or more extra or missing chromosomes from the usual genome set of chromosomes.

Importance of ploidy to hobby orchid growing and breeding

Ploidy is behind every orchid breeding advance. I could discuss this further, but there is a limit to how many Newsletter Subscribers that we want to lose with one edition! If there is enough interest it could be a topic in a future Newsletter with the remaining subscribers! 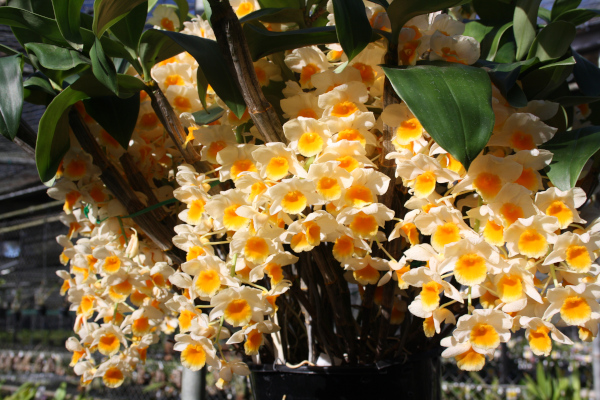 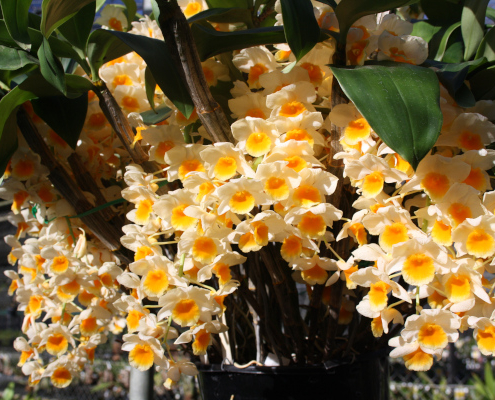 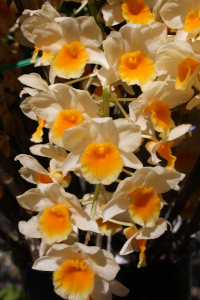