September has certainly been a very busy time. We had a shipment of flasks in for Spring and varieties available have been listed on the website (some that were listed have been sold out). The nursery has been repacked and structured for the coming growing season. This will be on going over the next months.

September Growers Group Meeting continued to be a very enjoyable and learning experience for the so many participants. The main topic of the afternoon was tackling, repotting and restoring overgrown and neglected plants. Following are pictures and some of the key points we discussed.

Know how the plant should and wants to grow

As you can see from the Stanhopea orchid (24 years in the basket) it has grown up and over itself. Natural habit for this orchid is to grow across the basket and spikes are pendulous through the bottom of the basket. As the plant became more overgrown flowering was inhibited.

The Cattleya orchid had well expired the pot and growing medium and bulbs were starting to go horizontal when they should be vertical. Rot has got in the older growths as the media has become acidic and the only live roots are outside the pot. We divided the plant, retaining the forward seven bulbs, repotted and staked upright after treating the cut with dusting Sulphur. The orchid will then be sprayed with Yates Antirot (or similar) to get the stem rot under control.

The Vanda orchid’s main stem rotted off many years ago and since made several keikis as a survival attempt. Again, the only live roots are outside the pot, which was not appropriate for this type of orchid in the first place. We were able to cut the keikis and adjoining stem and repot into a suitable pot.

Have the right tools and plan of attack

The Stanhopea orchid was so overgrown in the basket that we used a bow saw to slice forward pieces from around the outside of the rusted basket. Then we could use secateurs to trim and tidy the forward pieces.

The Cattleya orchid was so overgrown and embedded in the old pot that a hammer was used to dislodge it and a long screwdriver used to then pry it out of the pot.

It is almost always not possible to save all of the orchid and you need to concentrate primarily on obtaining pieces that will be the most restorable and growable. Don’t waste time and resources on unproductive and problem pieces.

Have a suitable pot to replant

As you can see many of the orchids have restored were potted in inappropriate pots to begin with. This can be part of compounding the problem in future growth.

Next Orchid Growers Group will be Saturday 5th October. We will be continuing with potting themes. The main topic will be “creative” potting techniques and options. This is one of the good things with growing orchids – you can often use your imagination and creativity. We will also look at ways you can modify pots / containers etc to enhance and achieve better growth for various types of orchids. 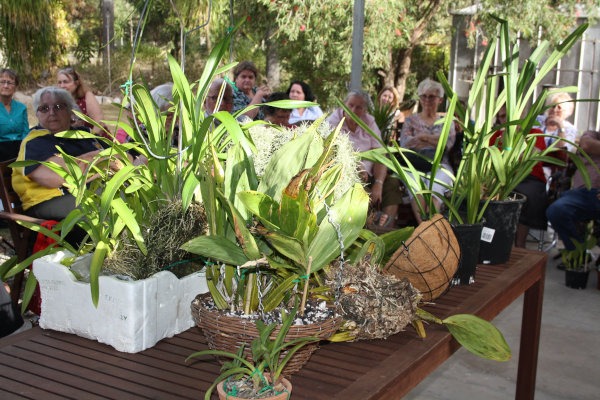 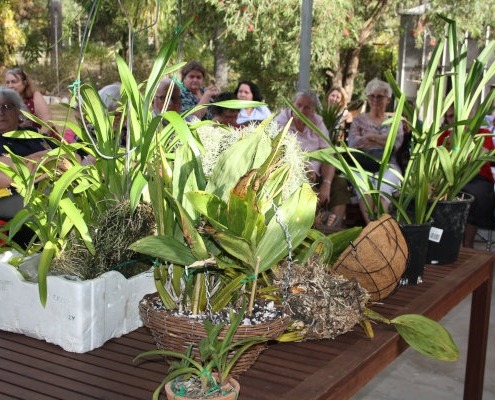 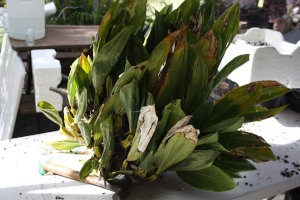 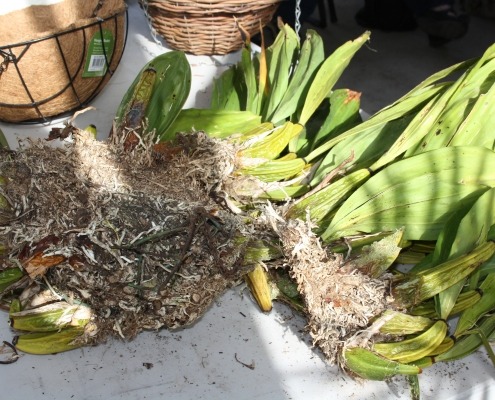 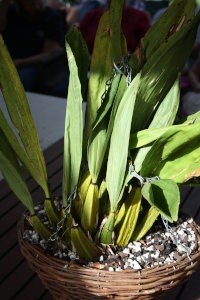 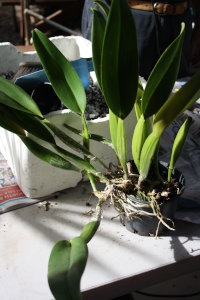 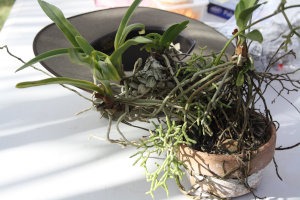 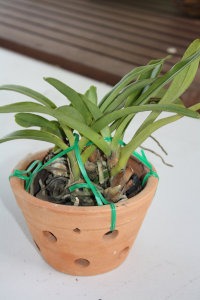 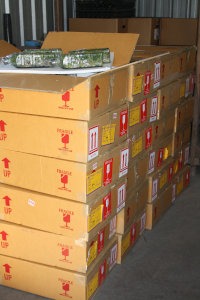